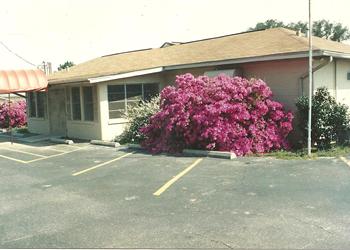 History of the Lillian Community Club:

On July 10, 1951, a declaration was filed in Baldwin County Alabama for the purpose of forming a corporation in the name of The Lillian Community Club.  At the same time, the first By-Laws of the club were recorded.  These By-Laws stated the purpose of the club was to "provide a community facility for all the purposes consistent with good Citizenship".

For sixty years the "Old Club" provided a place where community events such as steak nights, bingo, and wedding showers were held.  Chaperons kept a watchful eye as the teenagers danced to music on the jukebox.  Unfortunately, the "Old Club" burned in 2004 apparently from a faulty electrical system.

In January of 2005, a groundbreaking ceremony was held for the new building which was completed in May, 2006.  The spirit and intent of the charter members still remains.  At the present time the LCC membership roll consists of approximately 600 members.